Bizarely, I didn’t get one, despite being a paying google apps customer.
Anyhow, I wasn’t overly bothered – sure, i would like to try it out, but I wouldn’t part with cold hard cash to do so!

It appears some people will however:

A quick search on eBay (UK) revealed 3 for sale already! 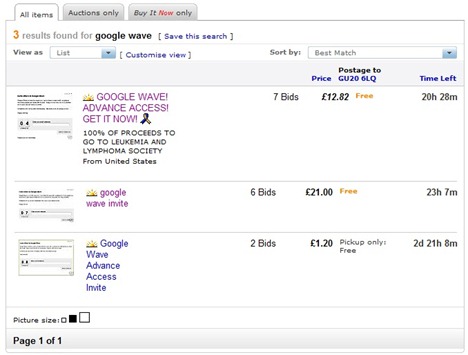 Slight deja vu of circa June 2004 when Google released gMail – people were willing to splash out serious bucks to try that out!