There’s a major problem with this bank, however. They don’t transfer funds from your Tide account, they use a holding / intermediary account. Without telling you.

We uncovered this problem when we transferred a sizeable sum from Tide, to a Virgin Money bank account we had recently opened.
For various reasons, shortly after this transfer to Virgin, we closed the Virgin account. Virgin T&C state that funds transferred would be returned to sender.
Not a problem, I thought, they would be returned to my Tide account – since that’s where they were sent from.

However, this wasn’t the case.
A week after closing (and funds being supposedly returned to sender) we weren’t seeing them in our Tide account.
Made a quick phone call to Virgin (something you can’t do with Tide – more on this later!) who confirmed yes, the funds had been transferred back to sender. They then gave the account number and sort code of the sending account:

My heart sank.
This wasn’t one of our accounts!

Virgin assured me the was the ’source’ of the funds.

After some investigation on Google, I saw some other posts about these account details, relating to Revolut; another challenger bank. I began to realise this was a shared account, used by a lot of these “banks”

I contacted Tide support – you can only do this via in-app chat. There is no phone support, not even for urgent missing funds queries like this.
Eventually they wrote back, that yes, this was an intermediary account the funds would be transferred from.

Nowhere during the transfer process is this made clear.
In fact, check the screenshots below: it makes it clear the funds would be sent from your own account! 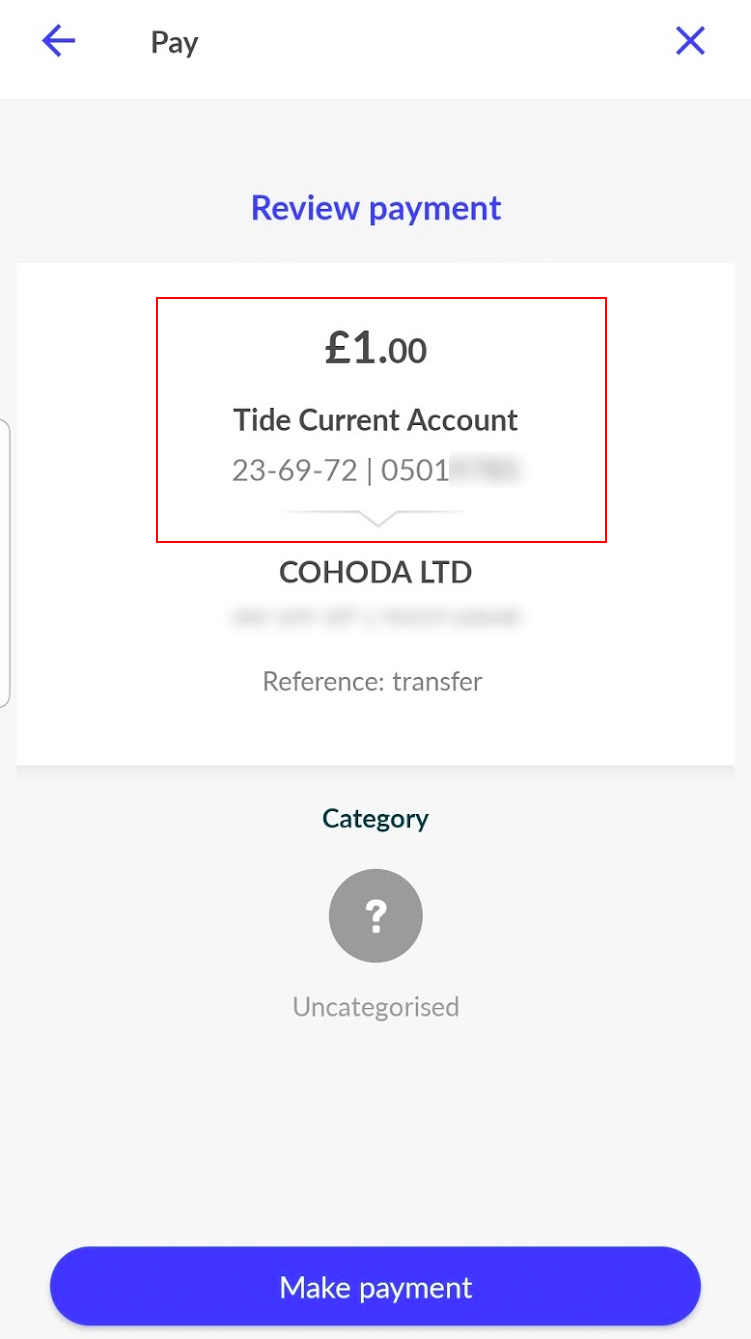 When the payment lands in the receiving account, there’s no way to tell that this has in fact come from their intermediary account (73152596)
The sort code of this account is tucked into the reference however (20-03-53) but you wouldn’t know unless you were looking for it. 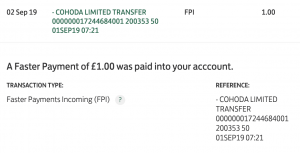 This is extremely deceptive and concerning.
It also caused a large amount of distress returning our funds. Support only reply every few hours, and wanted various details of the payment, including a ‘remittance advice’ (it was a Faster Payment – this doesn’t exist)

Eventually the funds were returned to our Tide account.

We have since closed our Tide account, and have opened a formal complaint.