After upgrading to Firefox 3.5.2, I’ve been having trouble with Facebook – certain pages would take ages to load (if load at all)
The photos page was a particular problem.

At first, I thought the problem could of been with Facebook – some of their AJAX user interface getting carried away or something, however I narrowed down the problem to Firefox by trying the site in IE.

I did some Googling, and found other people were having the same problem, and that they had narrowed down the problem to the Skype add-on for Firefox.

The Skype add-on detects phone numbers within a web page, and renders them as a Skype call button – so that you can easily call numbers from a web page.

The amount I actually use this feature is far far less than that of Facebook, so I decided to disable the add-on (at least until they fix the issues with it) 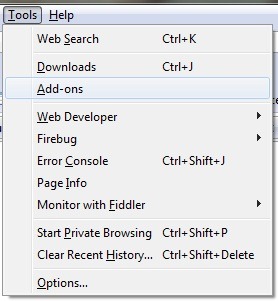 2) Click the Uninstall button next to the “Skype extension for Firefox” in the resulting dialog. 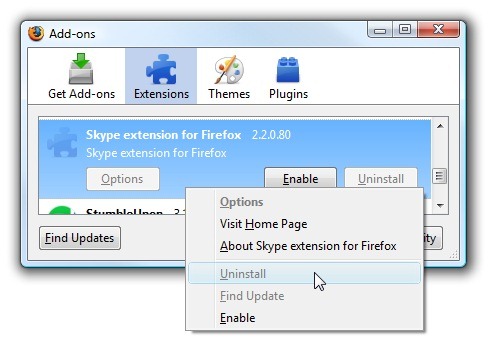