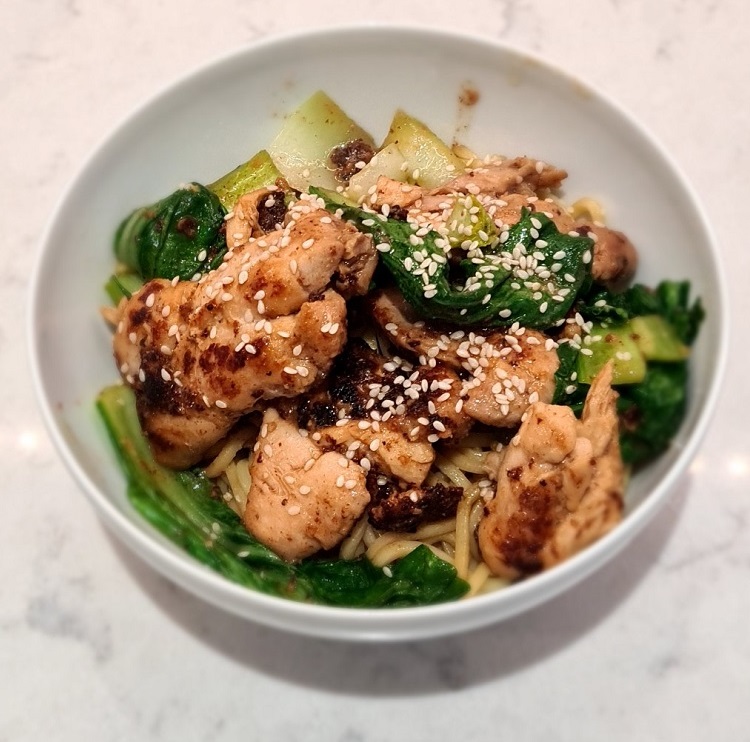 Ingredients
To make the marinade
Mix the peanut butter, soy sauce, honey in a small bowl.
Add a small amount of boiling water if needed (tablespoon or so at a time) to make the mixture easier to mix.
Pour over the chicken thigh fillets and leave to marinade for at least an hour. Ideally longer.
Cooking
Heat around 1tbsp of sesame oil in a non-stick wok
Stir fry the chicken thigh fillets on a medium heat until cooked.
When cooked, allow the fillets to ‘catch’ slightly to give them a crispy texture and slightly charred flavour.
Throw in the spring onions and stir fry for a minute or two
Right at the end of cooking, add the handful of spinach and stir in until wilted.
Serve with rice, or on it’s own for fewer carbs.
chicken cooking recipe
FacebookTwitterReddit
Alex Brown